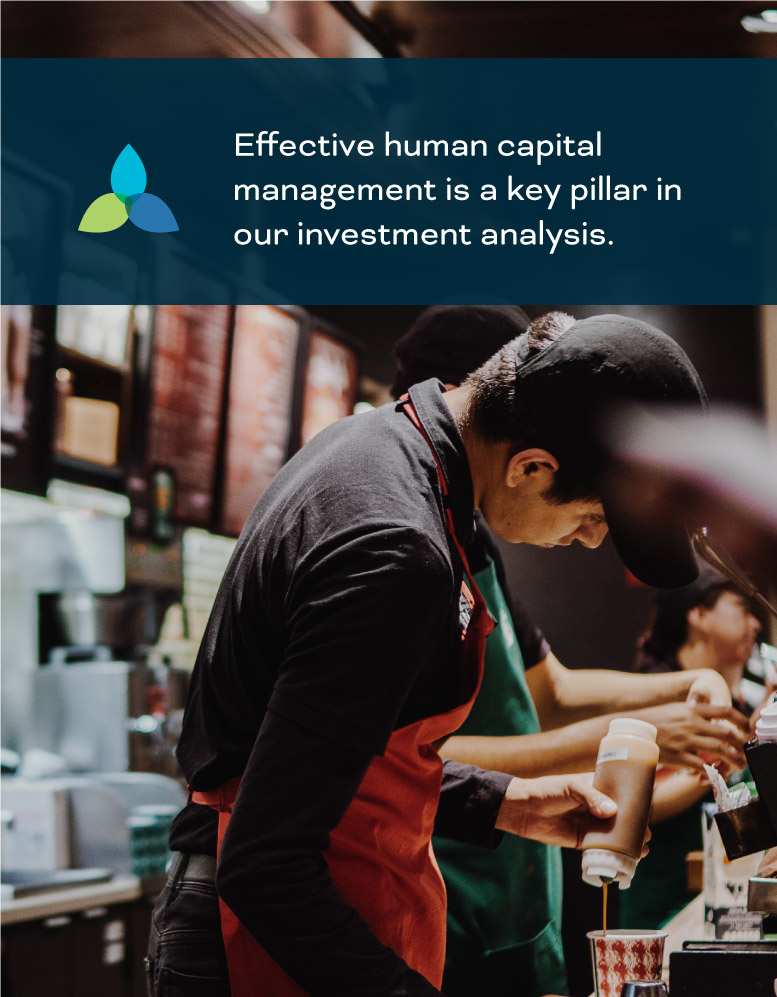 On December 9, 2021, the National Labor Relations Board tallied ballots for Starbucks’ first-ever union elections in Buffalo, NY. That day, Trillium Asset Management and Parnassus Investments—representing over $1.3 trillion—called on the company to accept election results and proceed with good-faith contract negotiations. On December 20, Starbucks publicly committed to do so.

On December 9, the National Labor Relations Board tallied the ballots for the first-ever Starbucks union elections in Buffalo, NY. The same day, 53 investors led by Trillium Asset Management and Parnassus Investments representing over $1.3 trillion in assets sent a letter to the company calling on it to accept the results of the elections and proceed with forthcoming contract negotiations in good faith. The unionization efforts represent a watershed moment in Starbucks’ long history of union prevention and major investors are signaling their support for worker rights and empowerment.

The investor letter highlights concerns that have surfaced in public reporting around Starbucks engaging in several anti-union actions that are incongruent with national labor and international human rights laws and norms under the National Labor Relations Board, the Organisation for Economic Co-operation and Development (OECD) Guidelines for Multinational Enterprises, the Universal Declaration of Human Rights, the United Nations Guiding Principles on Business and Human Rights, and the International Labour Organization Conventions, as well as the company’s own pro-employee (“partner”) stance. Prior to the election, it was reported that the company attempted to frustrate efforts by holding captive audience meetings, temporarily closing stores associated with organizing activity, and sending senior management for additional “training,” among other actions.

Effective human capital management is a key pillar that a growing number of investors use to analyze investments and as expressed in the letter, unions could be used as an additive tool for improved workplace communication and feedback loops. We believe unions also increase workplace satisfaction and retention, which are associated with positive long-term investment returns.

As the company enters into contract negotiations with the new unions, Trillium will continue to urge the company to proceed in good faith with other unions as they form across the country. And we are pleased to report that on December 20th, Starbucks publicly committed to negotiate with the first formed union in good faith to settle on a contract.