On February 1, 2022, Trillium Asset Management LLC sent a letter to New York Times Company CEO Meredith Levien urging the Company to cease and refrain from actions that may violate federal labor law, to respect the final outcome of the Times Tech Guild election without further delays, and to swiftly come to a fair agreement with the Times Guild. At this time, it appears the company is attempting to limit the size and scope of the union and delay a vote. 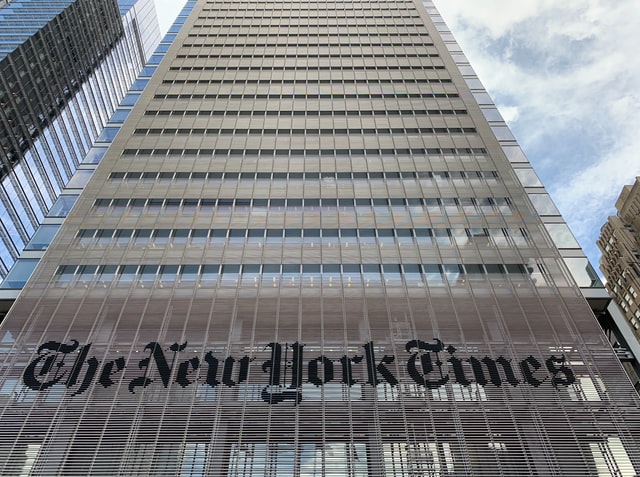 In April, approximate 600 New York Times tech workers announced their desire to form a union and to be able to collectively bargain with the company. Trillium believes that collaborative partnership between companies and unions facilitates positive labor relations by representing the interests of employees and fostering effective feedback loops between employees and management. Effective workforce management offers benefits including lower attrition, higher employee engagement, and in turn, high quality products and services. The formation of labor unions is also a fundamental human right recognized under international law. Employees exercising their right to form unions and collectively bargain is recognized by The OECD Guidelines for Multinational Enterprises, The Universal Declaration of Human Rights, The United Nations Guiding Principles on Business and Human Rights, and the International Labour Organization.

This letter came after reports of an August release of emails between the Company and its attorneys, and an accompanying slide deck. Rather than accept the union’s request to be voluntarily recognized, it appears the Company is using the National Labor Relations Board (NLRB) process to aggressively limit the size and scope of the union and to delay a vote for months in order to conduct an ongoing series of anti-union meetings. These tactics suggest that the Company is not operating in a neutral or good faith manner to have a free and fair election but is instead seeking to weaken the union as much as possible. The NLRB also recently found merit to the charge filed by the NewsGuild of New York alleging that the Company violated federal labor law when it instructed staff not to show support for the union campaign.

For recent coverage of these events:

Fortune.com: The Gray Lady Has the Union Blues